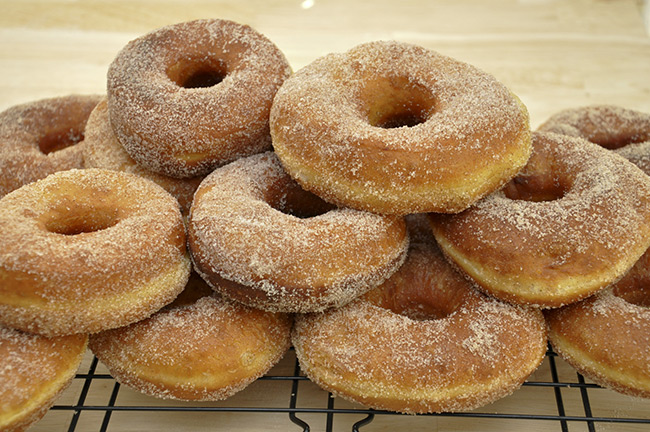 It is October which just screams pumpkin  to me. I will say though, that after Thanksgiving hits I am pretty much pumpkin free for the next 9-10 months. Since I made my own pumpkin puree this year I have an abundance of the stuff in the freezer so, I have been looking for all sorts of ways to use it up. Part of me says that I should pace myself and let the puree sit there so I have it over the winter months, but as I mentioned earlier I gorge on pumpkin  for October and November then I go on a kind of pumpkin detox for the rest of the year. So  keep the pumpkin baked goods coming  for the next 5 weeks!

* Doughnuts stale rather quickly so it is important  to eat them all up before the end of the day!